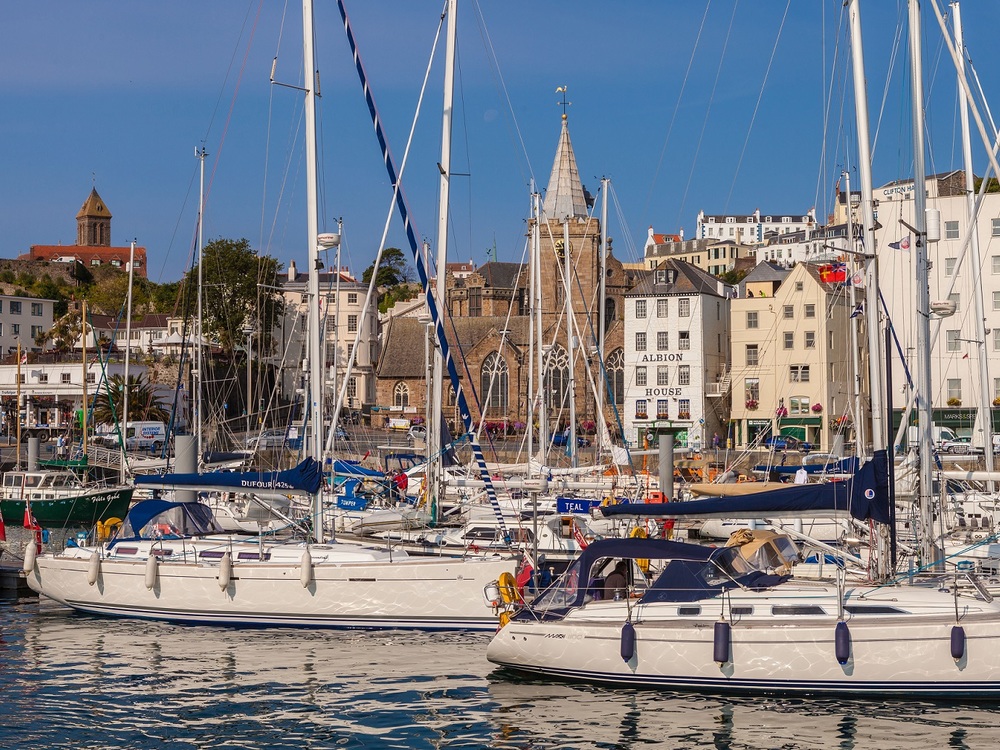 Whether you're looking for beautiful beaches, or action-packed exploring is more your thing, you will have a truly unique and unforgettable holiday in Guernsey. The capital, St. Peter Port, is a beautiful harbour town boasting many lovely restaurants and cafes in which to watch the world go by and enjoy top quality local seafood and produce. As you walk along the highstreet's quaint cobbles and into the bustling Market Square, the town's 'RHS Britain in Bloom best coastal town' award will not go unnoticed. Key events during the year include the annual Heritage Festival (from late March, culminating on 9th May with Guernsey's Liberation Day celebrations) which has a different theme each year. Indeed, Guernsey has an extremely rich history, and the island's Occupation by the Nazi forces during the Second World War has left its mark, with many fortifications scattered around the coast. The island also boasts a number of museums which document this turbulent time and are more than worth a visit. Another very special event is The Guernsey International Festival, showcasing the best of Guernsey produce and held for approximately two weeks during in September. The event offers great discounts for restaurants and cocktail bars, scrumptious meals cooked by celebrity chefs, live shows, food markets and more. Included in the Bailiwick of Guernsey are 3 other islands: Alderney, Sark and Herm (as well as Lihou Island, accessible via a causeway at low tide). Sark and Herm are only a short ferry ride away (50 minutes and 20 minutes respectively), and Alderney can also be accessed by boat or by plane. Visit Herm's famous Shell Beach, take a ride in a horse and carriage in Sark (there are no cars on either island) and wander through St. Anne in Alderney. We recommend using Guernsey as a base and travelling to our sister islands as daytrips, but if you want to fully unwind, an overnight stay will be just the ticket. Some very famous faces have graced our shores, including Pierre-Auguste Renoir, who fell in love with Moulin Huet, and Victor Hugo, who was exiled from his native France. The island has a rich Victor Hugo offering, including Hauteville House which is open for tours. The decoration is awe-inspiring and must be seen to be believed. The island's Little Chapel, based in St. Andrew's, is thought to be one of the world's smallest chapels and is adored by visitors and locals alike. Intricately decorated with pebbles and broken glass, the Chapel is a painstaking work of art. But as well as all these hotspots, any visitor must take the time to enjoy the island's 27 beaches and beautiful coastline. Take a walk around the south coast and enjoy breath-taking views, stroll along the west coast and admire the most incredible sunsets, or savour the hidden gems of the north: jumping off the pier into the clear waters at Les Amarreurs is not just for kids!